A Celebration of the Heart: “She Loves Me” Reunion

By elmwoodwebmaster
Posted December 14, 2018
In News
A Celebration of the Heart: “She Loves Me” Reunion2018-12-142018-12-14https://www.elmwoodplayhouse.com/wdpr/wp-content/uploads/2021/12/elmwood-playhouse-75th-anniversary-header-logo.pngElmwood Playhousehttps://www.elmwoodplayhouse.com/wdpr/wp-content/uploads/2018/12/she-loves-me-reunion-news-09.jpg200px200px
0

In 1969 Elmwood produced the first She Loves Me. Nearly 50 years later, several cast members from that show attended the holiday reunion and some are still active members of Elmwood today ~ Mark Rinis, Louise Bryant, Dolores Hodesblatt, Richard Goldstein, Jane Hunt’s daughter representing Jane Hunt, and Tom Cardullo. Particularly noting two unique ‘69 cast members are Norman Garfield (RIP), who played Mr. Maraczek in both ‘69 & ‘86, and Tom Cardullo, who played the part of Georg in ‘69, also played Mr. Sipos in ‘86. In 1986 Elmwood again produced She Loves Me, and we were so fortunate that many cast members from that show also attended the holiday reunion celebrating together. Elaine and David Vogel, Neil Berg, Carol Czitrom, Walter Fiedler, Kurt Kelly, Maggie & Danny Scott, Candy Pittari, Debbi Fleckenstein, Teena and Ron Grant, Carolynn Whitford (myself) and Bruce Rentz. Many even traveled across the nation to attend this historic event.

The studio, where it is mostly used for rehearsing, was transformed into a Romantic Holiday Cafe where Hot Mulled Cider, Affrogado, Homemade Apple Pie and Peppermint Ginger Brownies were served by an incredible Cafe Team Kandi Rosenbaum, Elaine D’Addezio, Carol Napier, Sam Neginand Omar Kozarsky. And with special thanks going to Mike Gnazzo for his help in making this a success too both historically and in the studio! Thank you all!

I gave a Commemorative Toast with the message to “Follow Your Heart” as this holiday reunion was my personal journey of the heart and worthy of sharing with our Elmwood Family. It was an unforgettable event and one to be remembered especially for the historic archives. The photos all show joy and heartwarming remininsce, but we also shared the love with the new 2018 cast who had just performed this Triple Generation delight of a show! Bravo 2018 cast! Bravo!

When planning this reunion, I spoke to many of the cast members from both 1969 & 1986. I had a wonderful time reaching out to them and listening to their delightful reminiscence. One thing rang loud and true in every conversation ~ She Loves Me is an endearing musical ~ with charm and grace and warmth. From our members in the history of the three shows, our casts have had past presidents, directors, producers, treasurer, board members, Gold Leaf recipients, Life Members and countless volunteers! Wow put that in a perfume bottle!

The atmosphere was perfect and we were Kiss-Cam ready for some incredible photos (taken by Omar Kozarsky) ~ We had two and even three geneations of characters from the show ~ three Mr. Sipos’ (Mark Rinis, Tom Cardullo, and Rob Webber), three Arpads (Richard Goldstein, Kurt Kelly and Adam Fedlman), two generations of Amalias (Carolynn Whitford and Daniele Hager), two Georgs’ (Bruce Rentz and Tom Carduloo), two Ilonas (Teena Grant and Bridget Clark) and two dashing Mr. Kodalys (Ralph Bowers and Jon Huston.) And a nostalgia of music we all once sang at the piano again with the incomparable Neil Berg, who was our Music Director in 1986. 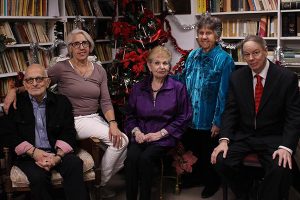 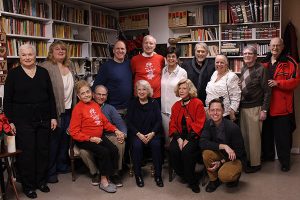 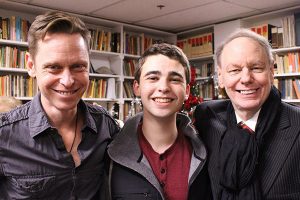 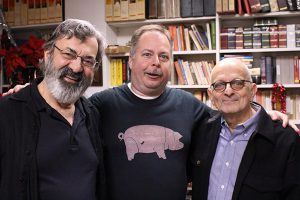 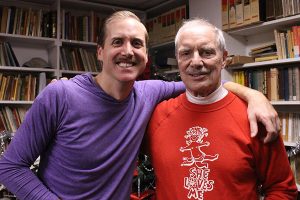 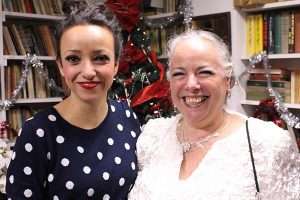 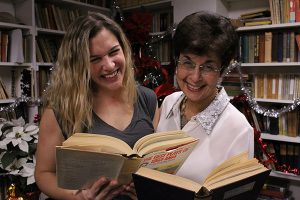 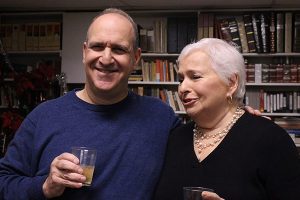 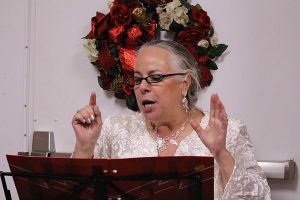 Several cast members stood and recalled the special times of our past shows from 1969 and 1986, as well as Bridget Clark from the 2018 cast sharing too the importance of our Elmwood Family. Both Neil Berg and Elaine Vogel both expressed their appreciation of the 1986 show as Music Director and Director (repsectively), and an honorable mention for Selma Sorkin as Producer in 1986 who could not travel in for the holiday reunion. But we all remembered those who could not be with us too, either passed or unable to attend, with a Reflection Memorial with their names glowing by candlelight among perfume bottles and roses (made by Carol Skolnik Czitrom.) Truly an evening that we will never forget!

Finally, I am forever blessed to have organized this event and bring together those whose hearts have been touched by such a wonderful show. It was very personal to me, to my heart, especially. I remember singing the role of Amalia back in 1986 I felt a certain enchantment – it emanated from the words and music written by Bock & Harnick and of course, my wonderful cast mates. It was definitely one of the most memorable highlights in my singing life and it struck my heartstrings ~ it still does ~ even today.

And as in the final scene in Act I, Amalia’s last words are… “Don’t Let It End, Dear Friend.” I promise I will never let it end. This holiday reunion is set in my heart.

Recent Posts
Instagram Feed
We are heading into an ALL theater weekend. Go in 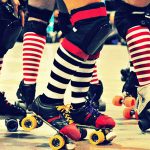 For The Love Of (or The Roller Derby Play)News 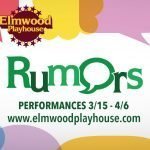