A Woman Embracing Her Power

By Michael Edan
Posted July 13, 2022
In News
A Woman Embracing Her Power2022-07-132022-07-13https://www.elmwoodplayhouse.com/wdpr/wp-content/uploads/2021/12/elmwood-playhouse-75th-anniversary-header-logo.pngElmwood Playhousehttps://www.elmwoodplayhouse.com/wdpr/wp-content/uploads/2022/07/dolls-house-final-article.jpg200px200px
0

A Doll’s House, Part 2
A Woman Embracing Her Power

“The most courageous act is still to think for yourself. Aloud.”
– Coco Chanel

This is the third in a series of articles on Lucas Hnath’s provocative play A Doll’s House, Part 2 being presented at Elmwood Playhouse July 15 thru August 6. The first article focused on the symbol of the door in both Ibsen’s and Hnath’s play, and its significance in Nora’s journey of self-discovery. The second delved into confronting the fractures created by that journey and coming to terms with its effects–the metaphor of how cracks in seemingly solid foundations provide an opportunity for light to shine through and thus illuminate and heal wounds. This final article in the series explores the thorny topic of women claiming their power. 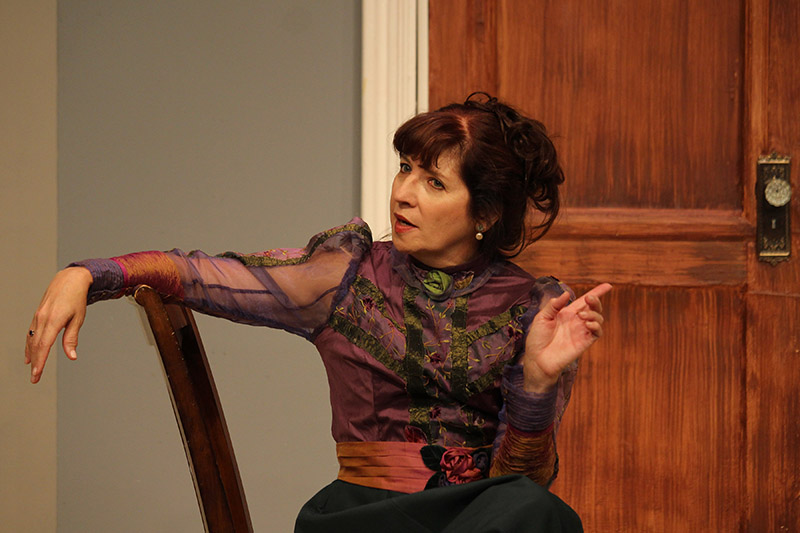 I choose the word “thorny” purposefully. Synonyms include barbed, bristly, prickly, problematic, tough, difficult, controversial, etc. For eons the dynamics between men and women, in the various forms their relationships can take, has been a thorny road. Or to use another analogy, when plucking the rose one also needs to be mindful of not getting pierced by a thorn. The so-called “battle of the sexes” has played its scenarios out in various ways in diverse cultures. It was present in Norway in the 1800s and is most certainly present in contemporary culture in both obvious and insidious ways.

While the question of why, throughout history, men have been fearful of and resistant to women claiming their power is worth exploring, the focus here is on the ramifications of one woman who dared to do so. Her name is Nora Helmer. That person’s willingness to defy convention and engage with the daring act of thinking for herself, and to do it “aloud” with a definitive “action,” is one major reason Ibsen’s play A Doll’s House is recognized as an enduring classic.

In Hnath’s play A Doll’s House Part 2 Nora’s initial claim to freedom is discovered to be incomplete and needs to be addressed. The circumstances that require her return to resolve unfinished business reveal deeper unfinished issues. Hnath lets us see many shades of Nora as these issues are uncovered. We see how the hard-won battle of self-discovery, and the daring act of living the truth of that discovery, also require the willingness to contend with what’s been swept under the carpet. Nora’s true emancipation occurs when she’s willing to confront the shadows as well as the light. An important aspect of that confrontation includes a deeper understanding that speaking her truth involves exposing her vulnerability as well as strength. That’s what allows the journey to be complete and allows her to not only claim her power but to embrace it and thus bring resolution instead of division. And this is what makes A Doll’s House Part 2 such a rewarding and powerful play.

A Doll’s House, Part 2 runs from July 15 thru August 6 Fridays and Saturdays at 8pm, Sundays at 2pm with a Thursday night performance on August 4 at 8pm. Tickets are $27 for adults, $24 for seniors, students, and military and are available by calling 845 353-1313 or online at https://www.elmwoodplayhouse.com

During performances, all audience members are required to wear masks. Visit https://www.elmwoodplayhouse.com/covid19 to read the theater’s current COVID policies and safety.

To view a video of Gloria Steinem on ‘future generations of women’ go to: https://www.youtube.com/watch?v=oDtolKlL7jE 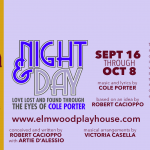 Elmwood Playhouse Announces Cast and Crew for “Night and Day: Love Lost and Found Through the Eyes of Cole Porter”News 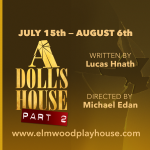