The Public Domain Players are seeking actors for André by William Dunlap, which will be read on Zoom on February 27, 2021 at 1:00 p.m. All races and ethnicities encouraged and welcomed.

André, which is considered the first tragedy written by an American playwright about an American topic, was first performed in 1798 and concerns the hanging of Major John André. The play, which is written in iambic pentameter verse, has local interest since it is set in Tappan, New York in 1780. It takes a sympathetic look at Major John André, who sought to die a soldier’s death, by being shot, instead of a death by hanging, which was the sentence imposed on common criminals.

Actors needed for the following roles:

Maj. John André (Male, late 20s) – British officer (with a British accent) – good-looking, highly educated, and with a flair. In other circumstances, he would be the life of the party. Having been caught by the enemy, he now seeks a soldier’s death.

Capt. Arthur Bland (Male, 20s) – Southern American officer (Southern accent). André once saved him and Bland is passionately in love with André (nothing sexual is suggested in the play, but the love is passionate nonetheless) and he is ferocious in seeking André’s release

British Officer (Male, any age) – Speaks with British accent. He conveys a message from the British high command, yet has a certain haughtiness.

American Officer (doubles with Sergeant) (Male, any age) – Small role, obeys orders, but other characteristics are up to the actor who plays him.

Honora Sneyd (Female, late 20s) – Andre’s paramour – a little fragile but sure of her appeal in going to General Washington to plead for André’s life.

CHILDREN
Bland’s Sister (9-14) and Bland’s Brother (9-14) – In multiple scenes, they are eager for their father to return and are distressed by their mother’s reaction to their father’s capture.

One or two rehearsals are anticipated prior to the reading. If interested, please email readings@elmwoodplayhouse.com 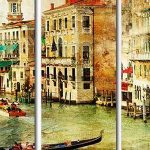 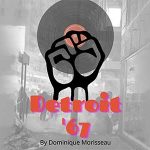