Elmwood Playhouse in Nyack NY will be holding auditions for its upcoming production of “Drowsy Chaperone“, written by Lisa Lambert and Greg Morrison (Music and Lyrics) Bob Martin and Don McKellar (Book) and directed by Alan Demovsky. “Drowsy Chaperone” was the first “great” Broadway musical of the 21st Century!

The Drowsy Chaperone is glorious entertainment proving that musicals are much, much more than a name. In the 1920’s, a pampered Broadway starlet, Janet Van De Graff wants to give up a show biz career to get married to pretty boy, Robert Martin. She is accompanied by the chaperone, a drunken Ethel Merman type who performs an hysterical trade mark anthem. In the meantime, the producer, Feldzieg plots to sabotage the wedding plans together with a wacky Latin lover, who performs a love tango. In addition, we have a dizzy chorine, a pair of gangsters who double as pastry chefs, an Aviatrix, and a ditsy society Dame and her fastidious butler, all doing their best vaudevillian routines. It is a treasure of high comedy and stylish song and dance. You’ll love it!

Man In Chair
Musical theatre aficionado who mourns the end of the Golden Era. He narrates the show as he listens to the record on vinyl. (Leading pivotal role with much monologuing) Agoraphobic? Possibly. He is every child who listened to Broadway Cast recordings!

Underling
Mrs. Tottendale’s savvy butler who is thrifty and stiff yet has an understated sense of humor. A Franklin Pangborn type (Look it up!).
(Tenor/Baritone)Vocal Range top: G4
Vocal Range bottom: Ab2

Robert Martin
The dashing, ever-cheerful groom; played by matinee-idol at the time, Percy Hyman. Actor playing Robert must feel comfortable tap dancing (but we will teach you to tap) and have some facility on roller skates.
(Tenor or Baritone). Vocal Range top: Ab4
Vocal Range bottom: C3

Feldzieg
Broadway producer who is desperate for his star to return to his show; played by famous comic actor of the time, Jack Adler.
(Baritone) Vocal Range top: Db4
Vocal Range bottom: Db3

Trix
The brave and brash female aviator who, by chance, is recruited to preside over the wedding. Male (in drag) or female!
(Alto or Soprano). Vocal Range top: Eb5
Vocal Range bottom: Ab3

Superintendent of Building
An actor or actress of any age. (non singing)

Ensemble Roles
Cast members playing Ensemble roles appear and perform in many of the numbers of the show. Because this musical is a partial “throwback” to the old time Broadway musicals, there are many opportunities for over the top singing and dance numbers.

Most of the major songs in the show have dance and singing sequences for the ensemble. Members of the ensemble will most likely also have multiple costume changes.

Please prepare 16 bars of a song in your range

PLEASE BE WILLING TO MAKE A STRONG COMMITMENT. REHEARSALS WILL BE APPROXIMATELY 3 X PER WEEK AT THE BEGINNING AND MORE WHEN WE ARE CLOSER TO OPENING

PLEASE HAVE AS FEW CONFLICTS AS POSSIBLE. YOUR AVAILABILITY WILL INFLUENCE WHETHER OR NOT YOU ARE CAST. MANY THANKS 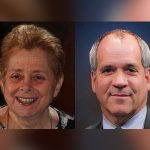 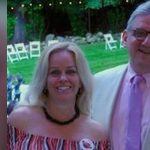