Auditions for Morning’s At Seven

Elmwood Playhouse in Nyack NY will be holding auditions for its upcoming production of “Morning’s At Seven“, written by Paul Osborn and directed by Melinda Pinto. “Morning’s At Seven” is a comedy that lovingly exposes the frailties of a close knit family.

CALLBACKS: Tuesday, January 29th at 7:30 pm (by invitation only)

SHOW DESCRIPTION:
Four sisters who live near one another in a small midwestern town in 1938 see their lives upended when one sister’s son decides to leave home and get married. His plans stir up old passions and create new anxieties in the lives of everyone around him in this charming comedy.

CAST REQUIREMENTS: (5 Females, 4 Males – sisters and husbands between 58 – 75 years old)
Aaronetta (Arry) Gibbs: The unmarried, youngest sister of Cora, Ida and Esther, Arry has lived with Cora and Thor for the whole of her adult life. She is both the family gossip and snoop and vies with Cora for Thor’s attention. She is a bit more artistic than her sisters and has a tendency to be high strung and “wound up” most of the time.

Cora Swanson: Wife of Thor and sister of Arry, Ida and Esther, Cora is resentful of never having had a life alone with her husband, and she desperately wants to get away from her live-in sister, Arry. It is Cora who “holds things together,” but close living with her unmarried sister for upwards of four decades has created some long-standing tensions (and secrets) in the household.

Ida Bolton: Wife of Carl and mother of Homer, Ida and family live next door to Cora, Thor and Arry. She tries to understand her husband’s “spells” and holds her family together. While she wants her son, Homer, to marry and avoid being a “lonely old bachelor,” she dotes on him and makes it difficult for him to leave.

Esther (Esty) Crampton: The eldest of the four sisters and wife of David. Esty, like many women of her generation, has spent her married life in submission to a domineering husband. She has a mind of her own, however, and usually manages to do the things she wants to without causing conflict. She is frequently a calming influence when conflicts occur among her sisters. She and her husband live (intentionally) a couple of blocks away from the other sisters. Esty has an innate understanding of human and family interaction.

Theodore (Thor) Swanson: The tender-hearted husband of Cora, Thor is frequently caught in the middle in conflicts between his wife, Cora, and her sister, Arry, who has shared their home since she was a teenager. Thor is the most rational of all the males in the play and is fond of Arry and opposes the idea of sending her to live elsewhere.

Carl Bolton: Husband of Ida and father of Homer, Carl is frequently caught up in his “spells” which result from his overwhelming sense of failure at not becoming a dentist. He is more a source of concern and worry than a source of strength. He is, however, a skilled craftsman and has built a house “on the hill” for his son to move into when he marries. Unfortunately, the house sits empty (as it has for a half-decade), awaiting the big day when the younger Bolton will finally take a wife.

David Crampton: The domineering, frequently insensitive husband of Esther, David is what might be called an “educated” misfit, since his education has led to little more than an inflated ego and a misguided sense of superiority. A former professor at the local college, David refuses to associate with the others in the play and would prefer that Esther do the same. He considers his wife’s family, and almost everyone else, to be unintelligent and is not reluctant to tell them so. However, under certain circumstances, he is capable of compassion and even affection.

Homer Bolton: Carl and Ida’s forty-year-old son, Homer has been living at home and dating Myrtle Brown for eleven years and has been unable, or unwilling, to make a commitment. In fact, he has never before brought her home to meet his family – until today. Rather thick and clumsy, he is quite comfortable with his life as it is and sees no reason to change things.

Myrtle Brown: (Late 30’s – early 40’s) – The long-suffering fiancée of Homer Bolton, Myrtle is affectionate and seemingly willing to wait for Homer to marry her, although it is apparent that she hopes her long awaited visit to his family will finally lead to something more than his weekend visits. She is pleasant, polite, and awkwardly beautiful, if a bit gawky. Her arrival and introduction to the family is bound to create a stir in this quiet and unassuming neighborhood. 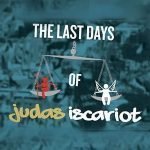 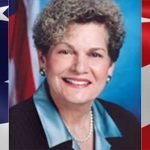