Auditions for “You Should Be So Lucky”

Elmwood Playhouse in Nyack NY will be holding auditions for its upcoming production of “You Should Be So Lucky“, written by Charles Busch and directed by Derek Tarson. “You Should Be So Lucky” is a roller-coaster ride of a comedy about a shy gay electrologist, his wealthy mentor, his egocentric actress sister, a talk-show host with one kidney, and a plot that accelerates into a laugh riot.

CALLBACKS: Wednesday, December 8, 2021 at TBA (by invitation only)

PERFORMANCES: March 11, 2022 thru April 2, 2022 (Fridays, Saturdays and Sundays with possible Wednesday and Thursdays)

SHOW DESCRIPTION:
A shy gay electrologist befriends a lonely but rich retired businessman-and this play takes off-with such events as a power outage, a ghost, spiritual possessions, a $10 million bequest, an embittered daughter in ultra-suede, and a talk-show showdown in Charles Busch’s hilarious play.

CAST REQUIREMENTS: (4 males, 2 females)
Christopher Ladendorf (Male, any race/ethnicity, 30s) – The lead – a reclusive and self-deprecating gay electrologist. Despite his shyness, part of him loves to play dress-up and he gains confidence by doing so. Kind-hearted, empathetic, and lovable. Must be able to adopt the characteristics of Seymour’s mean-spirited brother and his elegant wife.

Seymour Rosenberg (Male, Jewish, 65+) – Dignified but kind, lonely, Jewish businessman who makes it his mission to mentor Chris. Must be comfortable with Yiddish phrases.

Walter Zuckerman (Male, Jewish, 30s) – Chris’s boyfriend – a P.R. guy from Southern California – he tries to be easy-going, but in fact is nervous, high-strung, and sometimes bulldozing.

Lenore Stupack (Female, Jewish, 40-55) – Seymour’s daughter, who feels as though she has never been good enough to please her parents. Strong New York accent. Vicious – she is out for blood.

Wanda Wang (or Wilson) (Female, any race, any body type, any age) – An internationally-famous talk-show host, who’s become a household word by sharing her inner child, which, nonetheless, is sometimes subsumed by Wanda’s overwhelming personality. Originally written as Asian-American, but the playwright allowed as she needn’t be cast that way. Can really be played any way – but must be immediately believable as a television star.

Sides from the script will be made available at the audition. All roles available. Casting is open to all ethnicities and races. Newcomers are especially welcomed. Crew and other volunteers are also needed for the event. Every auditioner must be fully vaccinated, and proof of vaccination and ID must be presented at auditions. During rehearsals, all actors must wear masks when they are not onstage. Visit https://www.elmwoodplayhouse.com/covid19 to read the theater’s current COVID policies and safety measures. For more information or directions, call 845-353-1313 or visit https://www.elmwoodplayhouse.com/auditions 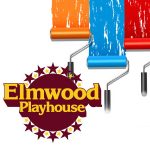 11/13 Paint Call at Elmwood was a Success!News 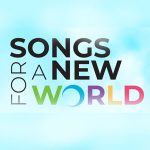