Just a reminder that the September membership meeting will take place on Monday night, August 27th due to the Labor Day and Rosh Hashanah holidays; following the meeting will be a workshop performance that is not to be missed!

Sam Negin (Pete Willard/A Time to Kill, Boat/Velveteen Rabbit, Assistant to the Director/Fox on the Fairway, Lighting Assistant/Broadway Bound & Intimate Apparel, Rehearsal Stage Manager/Good People) is presenting ‘Boise, Idaho’ by Sean Michael Welch as his directorial audition workshop. ‘Boise, Idaho’ is a hilarious play that “blends the lines between fiction and truth, examining what should triumph: reality, or a good story.”

So don’t forget to get off of the beach and get into an Elmwood seat for this very funny workshop on August 27th! 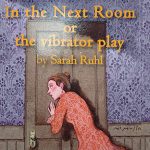 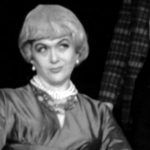