Demovsky and his production designer, Bill Mentz, have created an opulent set that effectively conveys the power of the family and the emptiness of their hearts, Placing the action in an “in the round” setting thrusts all the backstabbing and greed right into the audience’s lap. Demovsky focuses with great insight on the revolving power struggle among his well-balanced cast of characters, impressively maintaining the sense of a repressive social order and southern gentility. The cold and callous disregard for people’s lives in pursuit of wealth is especially prescient in today’s America.

ABOUT THE CAST HE SAYS:

Janet Gaynor-Matonti is cold and domineering as Regina, with a wide repertoire of glares and sideways glances, Matoni conveys Regina’s reptilian personality. A women in a man’s world

Sewell’s fragile Birdie, emanates class as she tries desperately to muster defiance against the goings-on.

Derek Tarson as Ben and John Ade as Oscar are superficially polite, but their well-dressed veneers provide little cover for their brutish, ruthless greed. Add to this mix a hint of abusive sexism and you have two perfectly unlikeable villians.

Regina’s gravely ill husband Horace is heroically played by Peter Kelly and her witless teenage daughter Alexandra is portrayed delicately in a ball of emotional confusion by Julia Riley.

The Little Foxes remains an American classic because it holds up a mirror to our vulgar, repugnant and repellant past – a past that we like to think we have moved forward from, but a past that sadly and stunning has reared its ugly head again in our society. It is an important and chilling play. If
you have seen it in the past – you should revisit it. If you’ve never seen it – get over to Elmwood Playhouse right away.

The full review may be viewed here on the Broadway World website. 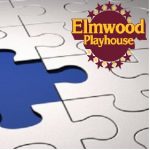 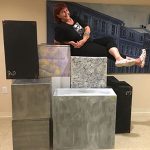