Casting for Video “The Brimstone Journals”

Casting for “The Brimstone Journals”, a video adaptation of the book by Ron Koertge. Fifteen high school seniors tell their stories through journal entries. Sometimes poignant, sometimes raw, the New York Times Book Review called it “a chilling picture of teenage life in the suburbs”. All performers will, with coaching, record their own performances, which will then be edited into a complete video. Non-union. No fee required, no compensation. Performers of all races, ethnicities and gender-identification are encouraged to audition. Directed by Kathleen Mahan, produced and video-edited by Steve Taylor.

Allison has a stepfather problem.
Boyd is troubled and has started collecting guns.
Carter is an African-American young man caught between two worlds.
Damon is a star athlete who already has his whole future mapped out.
David likes to play video games and is a target for bullies.
Jennifer was raised in a strict Christian household, and is trying to fit in.
Joseph is an activist and the child of activists.
Kelli is Damon’s girlfriend, trying to escape his smothering attention.
Kitty has concerns about physical appearance and weight.
Lester is gradually being drawn into Boyd’s vengeful plot.
Meredith has a reputation. So what?
Neesha is an African-American young woman who expresses her anger through poetry.
Rob is just another jock.
Sheila is trying to sort out romantic feelings toward Monica.
Tran is a Vietnamese student just trying to get through one more year. 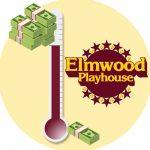 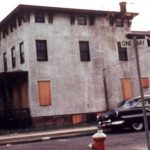 Elmwood Playhouse History: How Much Do You Know?News