By elmwoodwebmaster
Posted May 21, 2019
In Other News
Elmwood performer in new play reading by Peter Danish2019-05-212019-05-21https://www.elmwoodplayhouse.com/wdpr/wp-content/uploads/2021/12/elmwood-playhouse-75th-anniversary-header-logo.pngElmwood Playhousehttps://www.elmwoodplayhouse.com/wdpr/wp-content/uploads/2019/05/last-call.jpg200px200px
0 The new play “Last Call” portrays Leonard Bernstein and esteemed conductor Herbert von Karajan, who first met in January 1954 in Milan, where both were conducting at La Scala. Despite their occasionally fraught relationship over the years, they became friends.

The performance will benefit The Friends of Nyack Library. 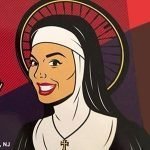 Nick Pascarella to appear in “The Divine Sister”Other News