Elmwood Playhouse is proud to announce the shows for its upcoming 2018-2019 season!

Vanya And Sonia And Masha And Spike

Vanya and Sonia and Masha and Spike is a comedy play written by Christopher Durang. The story revolves around the relationships of three middle-aged single siblings, two of whom live together, and takes place during a visit by the third, Masha, who supports them. They discuss their lives and loves, argue, and Masha threatens to sell the house. Some of the show’s elements were derived from works of Anton Chekhov, including several character names, the play’s setting in a cherry orchard, and the theme of the possible loss of an ancestral home. The play received six Tony Award nominations for the 67th Tony Awards, winning the Tony Award for Best Play.

She Loves Me is a euphoric romantic comedy with a soaring score. Amalia and Georg work together at a modest Hungarian parfurmerie, and have disliked each other from the very beginning. He thinks she’s stuck up, and she thinks he’s arrogant and mean. But each rapturously writes to a lonely hearts pen pal when the work day is done, and it doesn’t take long for the audience to see that they’re in love without realizing it. Inevitably through some of the most iconic songs in the musical theatre canon (Vanilla Ice Cream, She Loves Me, Will He Like Me?), Georg and Amalia discover the truth as well and rejoice in their love for each other at the story’s sweet and musically delightful conclusion.

Disgraced, by Ayad Akhtar focuses on Amir Kappor, a successful Pakistani-Amercian lawyer moving up the corporate ladder while distancing himself from his cultural roots. It focuses on a dinner party between four people with very different backgrounds. As discussion turns to politics and religion, the mood quickly becomes heated. Described as a “combustible powder keg of identity politics,”[6] the play depicts racial and ethnic prejudices that “secretly persist in even the most progressive cultural circles.” The play is centered on sociopolitical themes such as Islamophobia and the self-identity of Muslim-American citizens.It is also said to depict the challenge for upwardly mobile Muslim Americans in the post-9/11 America.

Charley and Myra Brock are celebrating their 10th anniversary and have invited all their good friends. Chris and Ken Gorman, a legal couple, are the first ones to arrive. They show up only to find that Myra is missing and Charley has “accidentally” shot himself in the ear. Charley is unconscious and so unable to tell them what happened. Charley is the deputy Mayor of New York City and, hoping to avoid a scandal, Ken and Chris go about covering up what they assume to be the truth of the situation. As the rest of the guests arrive — Claire and Len Ganz, Ernie and Cookie Cusack, and Cassie and Glenn Cooper — the story of Charley and Myra’s anniversary evening gone awry grows and develops. In the end all the guests are complicit in a cover-up that no one even really understands, but the fantastical events of the evening are hilarious and give a rich basis for great characters doing what Neil Simon does best – making the mundane…insane!

Aaronetta and Ida Gibbs have lived next door to each other most of their lives and along with Esther, all of the Gibb sisters are an open book to each. Husbands not included. Into the fray comes Myrtle Brown, perpetually engaged to Ida’s son Homer. But Homer can’t seem to pop the question. Taking matters into her own hands, Myrtle finally gets a proposal by compelling Homer to fly the nest. Sort of. This perennially charming portrait of small town America fifty plus years ago was revived on Broadway in 1980 and in 2002 to critical acclaim.

The Little Foxes is a 1939 play by Lillian Hellman, considered a classic of 20th century drama. Its title comes from Chapter 2, Verse 15 of the Song of Solomon in the King James version of the Bible, which reads, “Take us the foxes, the little foxes, that spoil the vines: for our vines have tender grapes.” Set in a small town in Alabama in 1900, Regina Hubbard Giddens and her scheming brothers, Oscar and Ben, plan to get rich from a cotton mill, but first they must tap into the wealth of Regina’s sickly husband, Horace Giddens The trio attempts to marry Regina’s daughter Alexandra to Oscar’s son Leo. When that plan fails, their schemes devolve into theft and blackmail, driving an irreparable wedge between family members. 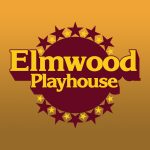 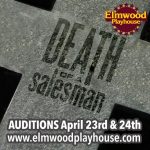 Elmwood Playhouse Announces Crew for “Death Of A Salesman”News