In 2010 Sarah Palin coined the phrase that gives the play its title. Despite its baiting title, politics plays only a supporting role for much of “That Hopey Changey Thing,” even though the play takes place in the evening hours of election night 2010.

“Much of the play is devoted to exploring the shifting currents in the relationships among a family of longtime Democrats who have gathered for an informal dinner on the night in question.” NY Times Review

“That Hopey Changey Thing” is the first play in a four-play cycle of the Apple Family. The plays are often performed in repertory. The other plays are “Sweet and Sad,” “Sorry,” and “Regular Singing,” the final installment in the series. Each play is tethered to a moment in American politics. 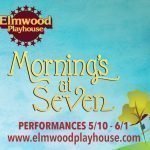 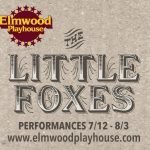