Elmwood’s Public Domain Players – which has the mission to do readings of often-rare plays in the public domain – will be reading “The Charity That Began At Home” by St. John Hankin.

This 1906 comedy revolves around Lady Denison, who has been convinced by her religious advisor from the Church of Humanity that true hospitality involves not inviting people because you like them but because they’d like to be asked. As a result, Lady Denison are dealing with a hodgepodge of somewhat difficult people. Consequences arise – including a proposal for marriage and the disclosure of shameful secret. Then, just as the comic whirlwind seems to never abate, the play then takes a serious and yet inevitably accurate turn.

All are welcome to attend – for free. Just click the Zoom link below. 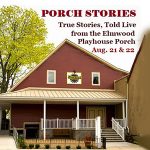 Call for Storytellers for Porch StoriesNews 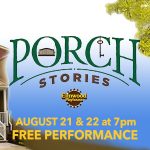