Life member Elaine Vogel was kind enough to share some remembrances of the late Esther Bloom. Mark Rinis, Denise Beckerle and I all remembered Esther with the same words, “gracious, kind and elegant”.

The following is from Elaine:

Just a few words in remembrance of our dear friend, Esther Bloom. Esther was one of the most beautiful and elegant women I have ever known. Those of us who worked with her through the years and loved her for her talents and devotion to our playhouse will never forget her. For her contributions as a performer and superb costume designer, Esther was awarded Life Membership in the Elmwood Playhouse in 1986 * at a dinner dance attended by more than a hundred admiring friends and colleagues. Esther had a pleasing and refined speaking voice, and was called upon to record books for visually impaired adults, a gift she continued after her move to California. We were all very sad that she and her beloved husband, Jack, had decided to move to San Diego. We knew their relocation represented a great loss for our playhouse, but also the loss of a very caring and loving friend. I spent a delightful evening with Esther and Jack a few years ago when I visited the West Coast. It was a visit I will remember and treasure always.”

I too visited San Diego and upon contacting Esther and her dear husband Jack was entertained graciously in their beautiful home. At the time they were working with young students interviewing them for a local access television show.

Elmwoodians only learned of Esther’s passing as she was still devoted to Elmwood and left a legacy to the Playhouse in her will.

I will always remember her as a grand lady of our theater, 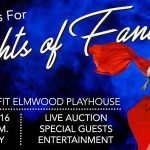 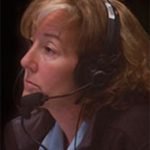