Looking For Immediate Casting For “Death Of A Salesman”

By elmwoodwebmaster
Posted April 26, 2018
In News
Looking For Immediate Casting For “Death Of A Salesman”2018-04-262018-04-26https://www.elmwoodplayhouse.com/wdpr/wp-content/uploads/2021/12/elmwood-playhouse-75th-anniversary-header-logo.pngElmwood Playhousehttps://www.elmwoodplayhouse.com/wdpr/wp-content/uploads/2018/03/death-of-salesman-auditions.jpg200px200px
0

Biff Loman – Willy’s son, age 34. A former high school football star, he’s a charmer who has men and women fawning over him. Has a penchant for stealing which continued throughout his adult life.  Accepts his father’s philosophy that a person will be successful, provided that he is “well-liked.”   Grew up believing that he was not bound by social rules.  In other words as a teenager he was given a warped sense of what was socially acceptable and what traits would be necessary to succeed.  Ultimately he is a failure.

Howard Wagner – Willy’s boss, having inherited the company from his father. Much younger than Willy, obtuse and condescending. A narcissist.

Some Users Reporting Issue with Logging Into Elmwood WebsiteNews 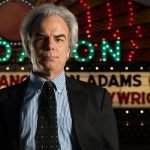