Male Actor needed for Local Theater (Not an Elmwood Production)

By elmwoodwebmaster
Posted October 9, 2018
In Other News
Male Actor needed for Local Theater (Not an Elmwood Production)2018-10-092018-10-09https://www.elmwoodplayhouse.com/wdpr/wp-content/uploads/2021/12/elmwood-playhouse-75th-anniversary-header-logo.pngElmwood Playhousehttps://www.elmwoodplayhouse.com/wdpr/wp-content/uploads/2017/05/in-other-news.png200px200px
0

Antrim Playhouse in Suffern NY is seeking a male actor for our next production of “Every Christmas Story Ever Told… and then some.”

Overview: Instead of performing Charles Dickens’ beloved holiday classic for the umpteenth time, three actors decide to perform a hilarious creation of every Christmas story ever told — plus Christmas traditions from around the world, and every carol ever sung. A mash-up through the holiday season!

JIM: The “straight man”. No nonsense struggles to keep the other cast mates on task. Just wants to perform “A Christmas Carol” like they have rehearsed. *Characters played by Jim: Grinch, Hermy, Sugar Plum Fairy, Scrooge, Mr. Potter. 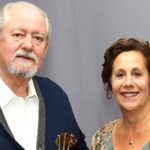 Tom Cardullo will be performing his original songsOther News