Cold Reading: Middletown by Will Eno

Middletown is a thoughtful, surrealistic, Zen-like Our Town look at loneliness and longing in the midst of the homogenous small towns and villages dotting the American map which uses beautiful, but the simple language spoken by archetypal characters whose corollaries could easily list from own acquaintances in “MidWest HamletVillageTown, USA:”

“Middletown. Population: stable. Elevation: same. The main street is called Main Street. The side streets are named after trees. Things are fairly predictable. People come, people go.  Crying, by the way, in both directions.”

Will Eno is a playwright based in Brooklyn, New York. His play, Thom Pain (based on nothing) was a finalist for the Pulitzer Prize in Drama in 2005. His play The Realistic Joneses appeared on Broadway in 2014, where it received a Drama Desk Special Award and was named Best Play on Broadway by USA Today, and best American play of 2014 by The Guardian. His play The Open House was presented Off-Broadway at the Signature Theatre in 2014 and won the Obie Award for Playwriting as well as other awards, and was on both TIME Magazine and Time Out New York‘s Top Ten Plays of 2014. 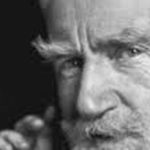