The October membership meeting will be followed by the workshop presentation of the launching of the Maturely Motivated Players second show, Life Is Just A Bowl of Cherries.

Conceived, created, directed and produced by Candy Pittari and Gail Fleur, the Players present a “radio show staged reading” of pieces from Jerry Seinfeld, Erma Bombeck, Nora and Delia Ephron, The Players: Maxine Bernstein, Ginny Borton, Ralph Bowers, Gail Fleur, Dolores Hodesblatt, and Lucille Schroeder are looking forward to introducing their new show to the Elmwood members and guests before “going on the road” to such venues as the Suffern Library, Congregation sons of Israel Sisterhood, Pearl River, Nanuet and Orangeburg Libraries. Talk about “off Broadway”!

We hope to see you all there. 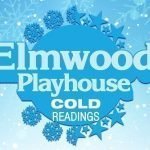 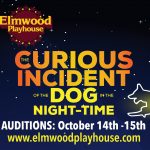