How many people know that Nelson Mandela, while incarcerated as a dissident on Robben Island in South Africa, performed the role of King Creon in Sophocles’ “Antigone?” Using this historical event as a starting point, playwright Samuel Harps has created the intriguing dramatization, “Antigone On Robben Island,” interweaving the themes in Antigone with the conflicts among and struggle for human rights sought by the inmates in the prison/work camp on Robben Island. Shades Repertory Theater produces this intriguing work.

Derek Tarson plays the Irish director who brings this project to the inmates. Keith Bullock, a veteran of the Elmwood stage, plays Nelson Mandela – and former Elmwoodians, Steve Allen, Philip Gist, and Kevin Barksdale all play other inmates. Rick Levi, another Elmwoodian, plays one of the guards. 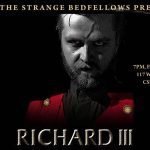 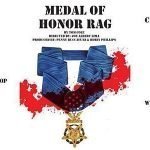