The Public Domain Players is continuing the practice – started in 2021 and hopefully to be a tradition – of starting the calendar year with a reading of a Shakespeare play.

On January 22, 2022 at 2:00 p.m. (right after the reading by the Cold Readings Group of The Farnsworth Invention), the Public Domain Players will present a Zoom reading of Shakespeare’s Measure for Measure, and, following a choice made by a production currently running in London at the Sam Wanamaker Playhouse (part of The Globe Theater Complex), the lead role of the Duke will be cast as a woman.

“Measure for Measure,” while a lesser-known Shakespeare, echoes some themes of the #MeToo Movement. The city seems overrun with brothels and iniquity, but rather than fix it herself, the Duke decides to temporarily absent herself and leave Angelo, an uptight stickler, in her place. Little does Angelo know that the Duke hasn’t truly left and has instead disguised herself as a friar to keep an eye on the city. In the meantime, Angelo condemns a young man, Claudio, to death for having impregnated his girlfriend, a punishment unheard of when a wedding would have resolved the issue. His sister Isabella, a nun, comes to argue his case and is propositioned by the apparently morally upright Angelo who claims he will free her brother if she gives up her virginity.

The reading will be performed on Zoom and will be live-streamed. The Zoom link is available at https://www.elmwoodplayhouse.com/events/readings/. The recording of the reading will also be posted on Elmwood’s YouTube page. Please join us! 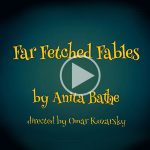 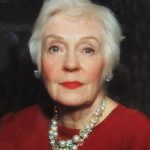