On June 25, 2022 at 1:00 p.m., the Public Domain Players will present a LIVE staged reading (which will also be filmed and uploaded to YouTube) of Henrik Ibsen’s A Doll’s House, as a “prequel” to Elmwood Playhouse’s major production of A Doll’s House, Part 2, which will open on July 15, 2022 and run through August 6, 2022. The goal is to honor this wonderful, groundbreaking 19th Century play, and, at the same time, provide the backstory to Elmwood’s July-August production by giving audiences an understanding of the relationship between Nora and Torvald.

The play involves Nora Helmer, an affluent married woman in a Norwegian town in 1879, who is treated patronizingly by her husband, Torvald — and of the secret she is keeping from him and how events force the disclosure of that secret with life-changing consequences.

Come see the show either live on the mainstage at Elmwood Playhouse or live-streamed on YouTube. Either way, it’s completely free. 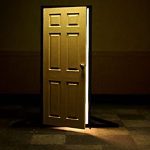 Nora Returns in “A Doll’s House, Part 2” at Elmwood PlayhouseNews