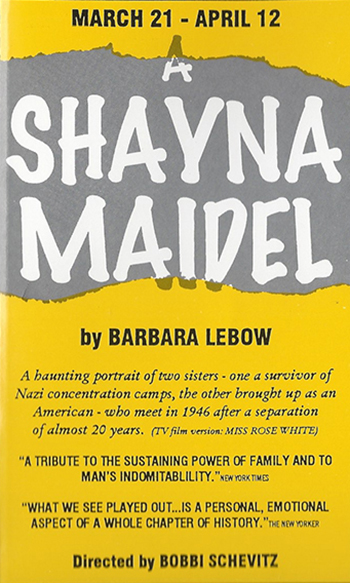 The setting of the play is the stylish Manhattan apartment of Rose Weiss, the time 1946. Although born in Poland, Rose, now in her 20s, came to the United States with her father, Mordechai, at the age of four and is now completely “Americanized.” The plan had been for Rose’s mother and sister to join the others, but the sister fell ill with scarlet fever, the mother stayed on to care for her, and soon the rise of the Nazis cut off their escape. Their ordeal in the concentration camps, which only the sister survived, has brought a burden of guilt to the aging Mordechai and deeply mixed feelings as he awaits the arrival of his elder daughter, Lusia, who has, at last, found her way to America. With her halting English and old world ways Luisa is a striking contrast to Rose, who is somewhat embarrassed by her rediscovered sister’s presence, and fearful that it will threaten her own hard-won independence. Distraught, and concerned that she may never be reunited with her young husband, Lusia embraces a series of memories and fantasies which make real the joys and horrors of her life before the war, from which her father and sister were spared. But when Mordechai gives Rose a letter from her mother—a letter left many years earlier with a non-Jewish Polish friend—a “proof” of family is somehow restored, and old barriers and griefs give way to a renewed sense of hope and mutual dependence—and the conviction that a better future may yet arise from the bitter ashes of the troubled past. 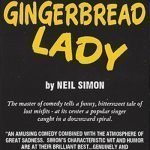 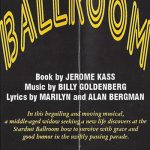