The scene is a night club in Berlin, as the 1920’s are drawing to a close. The Master of Ceremonies welcomes the audience to the show and assures them that, whatever their troubles, they will forget them at the Cabaret. His songs provide wry commentary throughout the show. On the train to Berlin we find Cliff, a young American writer, and Ernst, a German who surprises Cliff by putting his briefcase among Cliff’s luggage at the German border. History is in the process of being made. Musical numbers include It Couldn’t Please Me More, Willkommen, Cabaret, Don’t Tell Mamaand Two Ladies. We find Cliff on the train again, now leaving Berlin alone. He writes about Sally and the people of Berlin leading up to the Third Reich. It has been a tumultuous and heartbreaking era. 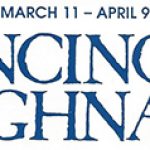 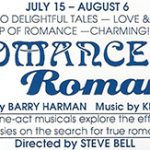