This extraordinary play is the story of five unmarried sisters eking out their lives in a small village in Ireland in l936. We meet them at the time of the festival of Lughnasa, which celebrates the pagan god of the harvest with drunken revelry and dancing. Their spare existence is interrupted by brief, colorful bursts of music from the radio, their only link to the romance and hope of the world at large. The action of the play is told through the memory of the illegitimate son of one of the sisters as he remembers the five women who raised him, his mother and four maiden aunts. He is only seven in 1936, the year his elderly uncle, a priest, returns after serving for twenty-five years as a missionary in a Ugandan leper colony. For the young boy, two other disturbances occur that summer. The sisters acquire their first radio, whose music transforms them from correct Catholic women to shrieking, stomping banshees in their own kitchen. And he meets his father for the first time, a charming Welsh drifter who strolls up the lane and sweeps his mother away in an elegant dance across the fields. From these small events spring the cracks that destroy the foundation of the family forever. 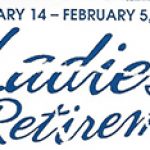 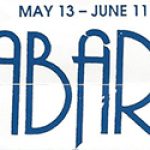