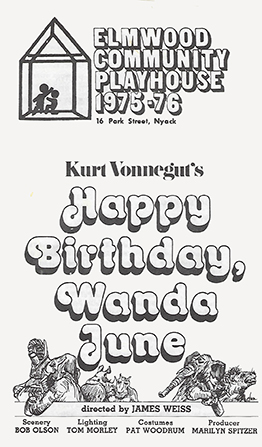 A woman with a little boy has two suitors: a doctor and a vacuum cleaner salesman. Her husband, a famous big game hunter and adventurer, disappeared years ago in the Amazon. She is about to be declared a widow when in he walks, khaki breeches, puttees and all together with his pilot with whom he had crashed in the Amazon valley. It happens to be his birthday, an event which all those present had decided to celebrate and for which they had just purchased a cake on the spur of the moment. The cake had been intended for somebody named Wanda June, who apparently never got to celebrate at all. 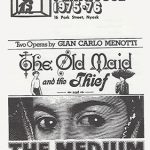 The Old Maid and The Thief / The Medium 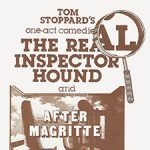 The Real Inspector Hound / After Magritte