In a middle class country estate in England a successful merchant lives with his dotty wife, daughter and son. The daughter’s fiancé is visiting them when the fiancé’s father, an aristocrat, arrives. The girl is obviously fickle and foolish and the boy, though intelligent, is a raw coward. Into their midst comes a sputtering airplane with a pilot who turns out to be an old school chum of the fiancé’s and a Polish woman acrobat. All of the males make up to her in succession. 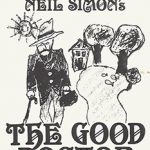 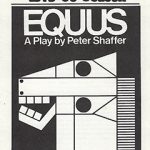