The plot revolves around the comfortable relationship between widower Harry and his gay son Jeff and their individual searches for the right mate. Harry unconditionally loves his Rugby-playing son and even takes an active part in Jeff’s search for Mr. Right. Harry reveals that his mother (Jeff’s grandmother) was a lesbian, perhaps accounting for his accepting attitude toward Jeff. Jeff’s new boyfriend, Greg, who is closeted from his own homophobic father, finds it difficult to relate to Harry’s well-meaning matchmaking ways. Greg is ejected from his own home by his father when he discovers his son’s sexuality. Harry, via a video dating service, finds a woman that he likes, a divorcee named Joyce, who may not be so understanding after spying a gay magazine in Harry and Jeff’s house. Unfortunately, Harry suffers a massive stroke and is disabled, leaving him unable to speak or walk. Jeff cares for him as best as he can, taking him to the park for an outing one day. Jeff and Greg meet up in the park and agree to try and rekindle their romance, while Jeff’s Dad, although unable to speak, gives his overwhelming approval. 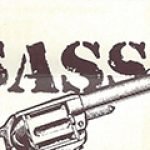 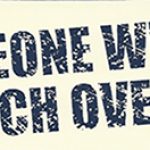 Someone Who’ll Watch Over Me