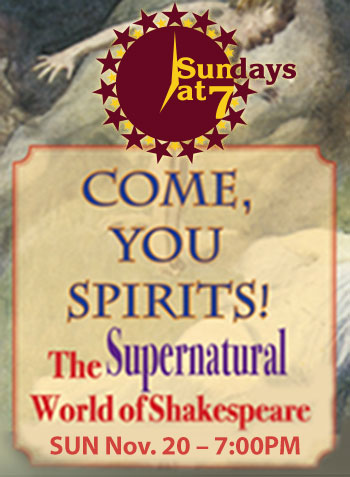 Shakespeare’s plays are teeming with ghosts, witches, faeries, sprites and other mystical characters. Join us for a “spirited” evening of Shakespeare fun!

Author and Shakespeare director / educator Joanne Zipay will lead the audience through thought-provoking games and entertaining exercises contained in her new book “Come, You Spirits! The Supernatural World of Shakespeare.” The book is a rich resource of exploration into the mystical and supernatural elements of Shakespeare’s plays, with activities that delve into the language and actions of various fantastic and well-known characters! Books will be available for sale and signing by Joanne.

As a special treat in addition to Joanne’s talk and book signing, the young performers of Rockland County’s renowned Children’s Shakespeare Theatre will present selected scenes from their upcoming production of Macbeth.

Come, YOU Spirits, and play with us!

Joanne Zipay founded and served for 20 years as Artistic Director of Judith Shakespeare Company NYC. She received her MFA from the University of San Diego / Old Globe Theatre, where she trained as a classical actress. She has acted, produced, and directed numerous Shakespeare plays, and has taught at Pace University, City College of New York, Collin College, SUNY Orange, and Stella Adler Conservatory. Currently, she is a director, dramaturg, educator and writer based in the NYC area.

The Children’s Shakespeare Theater is a nonprofit organization serving children ranging in age from 8 – 18 from Rockland County and surrounding areas. The company is made up of two divisions: the Knaves (ages 8 – 14), and the Rogues (ages 14 – 18). Under Artistic Director Diana Green, each group produces multiple plays at various venues around Rockland County. The group’s chief goal is to give young actors an opportunity to experience Shakespeare’s words and deep understanding of the human experience, and through instruction in voice, movement, acting techniques and stage combat, help them translate their experience to a broader audience of children and adults. 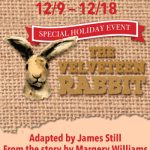 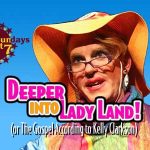