Deeper Into Lady Land!
(or The Gospel According to Kelly Clarkson)

Writer/Performer Will Nolan will bring his latest solo show “Deeper Into Lady Land! (or The Gospel According to Kelly Clarkson)” to Elmwood Playhouse as part of the Sundays at 7 series. Like Beyonce and Adele, Will is excited to begin this next leg of his world tour in Nyack on January 29 2017, after sold-out runs in Portland, OR; Leonia, NJ; the Atlanta Fringe Festival; and NYC in 2016.

“Deeper Into Lady Land! (or The Gospel According to Kelly Clarkson)” will introduce you to Leola, your soon-to-be favorite redneck senior citizen lesbian. It is a hilarious new show chronicling her journey out of the closet at age 72 and into the metaphorical arms of America’s first American Idol and Second Coming, Kelly Clarkson.

Hot on the red platform heels of two consecutive wins at the Long Island City Flying Solo Festival in NYC, Leola will spend the evening with congregants, guiding them on a journey that will leave the entire audience a believer in the work of Kelly Clarkson – a true Kelly Clarksist.

She’s a dancer who can’t sing and a singer who can’t dance. You’ll laugh, you’ll cry, and it’s 100% gluten free. PLUS one lucky audience member will win a gently used panty hose*. What better way to spend a post-holiday, post-inauguration winter’s evening than becoming a believer in the power of Lady Land!
“Deeper into Lady Land! (or The Gospel According to Kelly Clarkson)” is written and performed by Will Nolan who lives just outside of New York City in New Jersey. He has appeared around the country as part of the hit series, Mortified, as well as productions at Bergen County Players (Man in Chair in The Drowsy Chaperone) and the Players Guild of Leonia (Miss Witherspoon). Will is a writer and performer, and a proud member of the Dramatist Guild.

For more information on Will Nolan, please email him at [email protected] and visit Leola on Facebook at http://www.facebook.com/LeolasLadyLand. 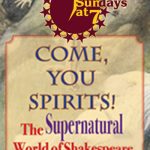 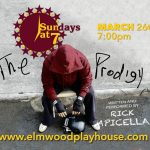