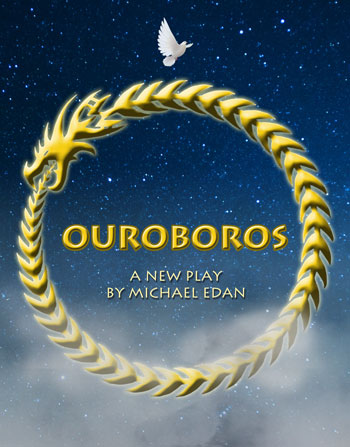 The greatest blessing comes to us on the way to madness.”

The play explores the interface between perceived psychosis and mystical phenomena.

An eighteen year old boy in Ohio is diagnosed with probable schizophrenia. But does his psychic abilities suggest something else? His mother believes God is speaking through him. A Jungian analyst believes that a mythic relevance is displaying itself within his symptoms, as opposed to the boy’s primary psychiatrist who believes it’s all a matter of brain abnormality. Ouroboros navigates through the Dionysian territory of madness where the Gods have become diseases ruling from the underworld depths of the unconscious. It reveals one avenue of the mythic ‘hero’s journey via delving into the abjured caves of the damaged, to discover what may exist as buried treasure.

A brief wine and cheese social gathering will precede the reading at 1:30. There will be one intermission, and the audience is invited to stay afterwards for a brief talk back with the cast and director. Reserving your seats is strongly recommended via Elmwood’s website or calling our box office at 845 353-1313

Michael Edan is an award winning playwright having plays produced both in the US and in the UK. Recently, his full length play HOMECOMING, about a disabled Iraq War Veteran, was a winner and presented at the 2014 Ashland New Play Festival in Oregon. 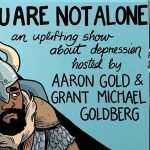 You Are Not Alone: An Uplifting Show About Depression 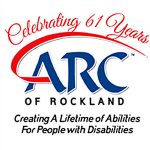 ARC and Elmwood Together