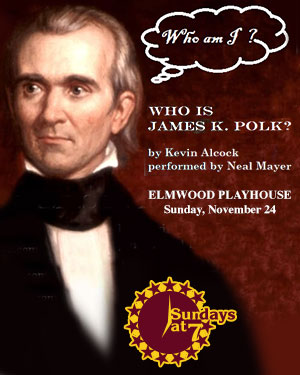 Elmwood Playhouse will host the President!

President James K. Polk, that is. Don’t remember him? You’re not alone.

In his humorous look at the former President, “Who Is James K. Polk?” author Keven Alcock presents Polk as a man attempting to defend his legacy to a modern audience who barely knows his name. “Who Is James K. Polk?” explores the many facets of this “dark horse” candidate who unexpectedly went on to become one of the most hands-on executives ever to occupy the White House.

Actor Neal Mayer portrays the little-known President. Mr. Mayer has numerous credits from Broadway, Off-Broadway, regional theaters and television. The play is directed by Anne Connolly. Ms. Connolly is also a playwright and has appeared on the Elmwood stage. 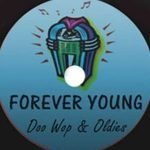