The Lifespan of a Fact Continues Its Run at Elmwood Playhouse

By elmwoodwebmaster
Posted January 18, 2023
In News
The Lifespan of a Fact Continues Its Run at Elmwood Playhouse2023-01-182023-01-16https://www.elmwoodplayhouse.com/wdpr/wp-content/uploads/2021/12/elmwood-playhouse-75th-anniversary-header-logo.pngElmwood Playhousehttps://www.elmwoodplayhouse.com/wdpr/wp-content/uploads/2023/01/lifespan-bw-featured.jpg200px200px
0

The Lifespan of a Fact opened last Friday, January 13 at Elmwood Playhouse in Nyack, NY.  Written by Jeremy Kareken, David Murrell & Gordon Farrell, the show is based on the book by John D’Agata & Jim Fingal.  It’s a funny and fast-moving show that delighted audiences when it ran on Broadway in 2018.  Elmwood’s production of this crackling drama is directed by Claudia Stefany and features familiar Elmwood actors Meg Sewell and John Ade, and Hillel Rosenshine making his Elmwood debut.

“There’s the truth… and there’s the truth!” The Lifespan of a Fact is the dramatization of a nonfiction book co-written in 2012 by essayist and academic John D’Agata and editorial fact-checker Jim Fingal. In 2003 Harper’s magazine declined to publish an essay on the suicide of a teenager in Las Vegas due to inaccuracies. D’Agata pitched his essay to another publication, and Jim Fingal was assigned to fact-check the story. From the first sentence to the last, Fingal investigated hundreds of D’Agata’s claims to make sure the smallest details were correct, including the date of a tic-tac-toe game played by a chicken. D’Agata’s view was that some details can be tweaked to serve the larger story. The show explores which facts, if any, can be adjusted to convey “the truth,” especially when real people and real tragedies are involved.

Playwrights Kareken, Murrell and Farrell bring this conflict to life for the stage.  They capture the heat and humor of the escalating tensions among the keen-to-impress fact-checker intern Jim, prickly writer John, and Emily Penrose, the literary magazine editor who has the unenviable job of determining which facts, if any, can be manipulated. The audience shares the wild ride as the three of them race to meet a looming deadline, without losing track of the “truth.”

The Lifespan of a Fact runs through Saturday, February 4, 2023, with performances at 8 pm on Fridays and Saturdays, 2 pm matinees on Sundays, with a Thursday performance on February 2 at 8 pm.

Elmwood Playhouse is located at 10 Park Street, Nyack, NY. Tickets are $24 for seniors, students and military personnel, $27 for adults, available by phone at (845) 353-1313 or online at https://www.elmwoodplayhouse.com/tickets/. 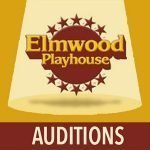 Auditions For “The Shape Of Things”News 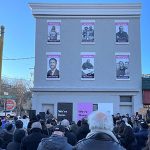