The Public Domain Players: A Year In Review

By Derek Tarson
Posted December 28, 2020
In News
The Public Domain Players: A Year In Review2020-12-282020-12-27https://www.elmwoodplayhouse.com/wdpr/wp-content/uploads/2021/12/elmwood-playhouse-75th-anniversary-header-logo.pngElmwood Playhousehttps://www.elmwoodplayhouse.com/wdpr/wp-content/uploads/2020/12/public-domain-icon.jpg200px200px
0

While 2020 has justly been termed as a year that people would like to see the back of, one good thing that did come out of this year was the formation of the Public Domain Players and the presentation of six readings of plays (in the space of eight months) that no longer have copyright protection and are in the public domain. I (Derek Tarson) am so glad that this program has been so successful, and I am looking to continue these readings even when play readings on Zoom are a thing of the past and we can actually read and perform plays in person.

The Public Domain Players is neat complement to the Cold Reading Series – the very successful play reading series run by Tiffany Card now entering its third (or fourth) year. While the Cold Reading Series focuses on exposing Elmwood members and friends to new plays that one may not have heard of, the Public Domain Players focuses on presenting plays that were probably well-known long ago, but, now, only the titles (if those) are recognizable today (with some more familiar plays tossed in for variety). Reading these plays is not only fun, but is a reminder of how many classic and still relevant plays are out there. Think of the Public Domain Players as the Mint Theatre of Rockland County.

All but one of these (“School for Scandal”) was recorded either in audio format or in audio/video format, and all are available here: https://studio.youtube.com/channel/UCc38N3DfoBGLP4JUUtKwO5Q/videos

In 2021, the Public Domain Players are looking to do readings of plays – with different playwrights than those of 2020 – mostly ones that you probably haven’t heard of before or have only heard the title with a few classics tossed in for good measure. Plays being considered are:

“Merchant of Venice” (or another play) by William Shakespeare

“Andre” by William Dunlap (6m,2f) – the first tragedy written by an American for an American audience with a local angle as well, since the play (in verse) concerns the hanging of Major John Andre – with a sympathetic view towards the protagonist – and the setting is the village of Tappan, New York.

“Charley’s Aunt by Brandon Thomas (6m,4f) – a farce that was funny when it was written and is still funny today.

“Our American Cousin” (10m,7f) by Tom Taylor – Yes, the play Lincoln was watching when he was assassinated.

Two One-Acts: “The Twelve-Pound Look” by J.M. Barrie (1m,2f) and “Trifles” by Susan Glaspell (3m,2f) [two plays dealing, in different ways, about the empowerment of women].

“The Voysey Inheritance” by Harley Granville-Barker (9m,5f) – This play saw a surge of revivals in the wake of the Bernie Madoff scandal, since it deals with a family recovering from a similar scheme at the beginning of the 20th Century.

Two One-Acts: “The Stronger” by August Strindberg (3f) and “Riders to the Sea” by J.M. Synge (1m,3f & ensemble) [two plays dealing, in different ways, with women’s strength in overcoming adversity].

“She Stoops to Conquer” by Oliver Goldsmith (6m,4f) – An 18th Century comedy that is still funny today.

“R.U.R. (Rossum’s Universal Robots)” by Karel Capek (9m,4f, but genders flexible) – An early science fiction dystopian play (which is where the term “robot” was first coined) that has just recently come into the public domain.

“Margaret Fleming” by James A. Herne (7m,4f) – An American drama from the 1890s that is considered the first modern American dramas. As stated on Wikipedia, it is the first American play “that focused more on the psychological complexities of its characters and on the role of social determinism [in] the characters’ lives.”

No one knows what 2021 will bring, but readings of these 12 plays are the plan – and we can only see over the course of the year if we can present all of them.

Notably, while I am happy to continue coordinating (“playmastering”) these readings, I would also be happy to have other people try their hand at it. (Sam Negin did so this year with “Six Characters.”) It is only by sharing the reins that the concept of the Public Domain Players can survive. Therefore, if you are interested in playmastering any of the above readings for 2021 (which includes the benefit of casting yourself in any role you like), please contact me. While it’s not the same as directing a major production, some of the skills are the same and it’s a wonderful way to keep your faculties exercised. I would handle the technical side, but the choice of casting, of whether to rehearse at all or to keep it as a cold reading, of how stage directions should be handled, and of the date and time of the reading would be yours.

Also, if you are interested in being considered as an actor for any of these readings – and, particularly, if there are any roles that appeal to you, please contact me at dtarson@gmail.com

Let’s all hope for a happy, safe, and healthy 2021 in which in-person readings will again resume! 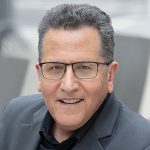 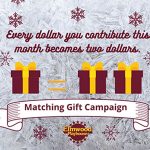