Most of us, at least of my generation, were exposed to the “sepia-toned” version of Our Town. We may vaguely remember it from our required high school reading as that story with the pipe-smoking narrator, the young couple in the soda shop, the sturdy town-folk with heavy New England accents. If we saw a production, it was likely overly sentimental and overwrought, a period piece with which we didn’t really connect on any deeper level.

It was a surprise, then, to re-read the play a couple of years ago, and be struck by how inadequate my memory was of it. The play raises fundamental questions about what it means to be human, to love, to connect, to live a life, to die. It is an intensely spiritual work, skeptical of religion but openly awed by nature and the universe. Nearly every character comments on the weather, the moon, the stars. It is a play that asks some pretty big questions, but uses the most ordinary of events to address them. People cook breakfast, deliver papers, string beans, do homework. We see actions repeated through a slightly different lens – a morning routine plays through a second time, shifted because now it’s the morning of a wedding. The milkman and paper boy stop to chat – but the second time, it’s the paper boy’s younger brother, because he is off to college, (and, we know, then off to war, and his death). The repeat is a tiny bit weightier, more meaningful.

We forget how radical Our Town was when it opened in 1938. No set. A few pieces of furniture. Props largely pantomimed. And a character who breaks the fourth wall, who not only speaks directly to us, but knows….things. Like how each character dies, which he tells us in the very moment of their introduction. Or that he knows he’s in a play, interrupting scenes and jumping time. A meta presence decades before the word was in vogue, both part of the action and outside it. We’re used to it now, but at the time it was novel, revolutionary. Indeed, Gertrude Stein was Wilder’s mentor and friend, who so greatly influenced Our Town that he wrote the “third act is based on your ideas”.

So how to approach a work that is often diluted of its power, whose theatrical devices were revolutionary a generation ago? I took some cues from recent productions: the Barrow Street version, the Interplayers 8-actor production, interviews with directors Chay Yew and Fontaine Syer. The cast reflects our community, diverse in color, age, sexuality, background. Gone are New England accents and period clothes; to resonate, the actors needed to be in contemporary dress, speaking in their own voices. Gone too is the over-sentimentality; instead we focus on real relationships and emotions. An authentic marriage, a damaged man, an embarrassed teen. Not just a narrator, the stage manager wears a headset, calls cues, takes notes. Among the pantomimes you’ll find a few real props (a dishtowel, a horse’s rope); reminders that within the pretending, there is truth. And later, what is real and what is not is brought into greater relief.

We hope you find something real here too.

Sundays at 7 presents the original play “Who Is James K. Polk?”News 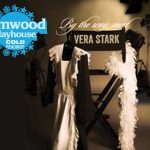