By elmwoodwebmaster
Posted September 12, 2018
In News
“Vanya and Sonia and Masha and Spike” Continues at Elmwood Playhouse in Nyack NY2018-09-122018-09-12https://www.elmwoodplayhouse.com/wdpr/wp-content/uploads/2021/12/elmwood-playhouse-75th-anniversary-header-logo.pngElmwood Playhousehttps://www.elmwoodplayhouse.com/wdpr/wp-content/uploads/2018/06/vanya-performance-fearured-image-1.jpg200px200px
0

Elmwood Playhouse of Nyack NY will be presenting “Vanya and Sonia and Masha and Spike“, written by Christopher Durang and directed by Lisa Spielman. Christopher Durang, master of comedy, takes characters and themes from Chekhov, pours them into a blender and mixes them up in this utterly hilarious play! “Vanya and Sonia and Masha and Spike” runs through September 29, 2018 Fridays and Saturdays at 8pm, Sundays at 2pm with an additional Thursday performance on September 27th, 2018 at 8pm and an additional matinee on Saturday September 29, 2018 at 2pm. Tickets are $25 / $22 Seniors and Students.

“Vanya and Sonia and Masha and Spike” features Charlie Scatamacchia (of Ossining, NY) as Vanya, Meg Sewell (of Nyack, NY) as Sonia, Robie Livingstone (of Fairfield, CT) as Masha, John Squires (of Brooklyn, NY) as Spike, Tracey McAllister (of Ossining NY) as Cassandra, and Emma Miller (of New York, NY) as Nina. (From Left to Right) Robie Livingstone (of Fairfield, CT), Charlie Scatamacchia (of Ossining, NY), and Meg Sewell (of Nyack, NY) appear in “Vanya and Sonia and Masha and Spike” at Elmwood Playhouse. Call (845) 353-1313 for reservations.

This antic, funny, and occasionally touching play is set in present day Bucks County, Pennsylvania where Vanya and his adopted sister Sonia have stayed home to take care of their ailing parents. Meanwhile their sister Masha has been gallivanting around the world as a successful movie star. Masha leaves Vanya and Sonia feeling trapped and regretful. Their soothsayer/cleaning woman Cassandra keeps warning them about terrible things in the future, which include a sudden visit from Masha and her twenty-something boy toy Spike. Added to the mix is Nina, a pretty, sweet, aspiring actress who is visiting relatives next door and causing Masha to feel completely threatened. 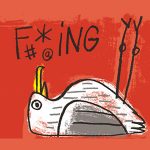 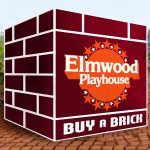