Is delighted to be back on the Elmwood stage in The Fox on the Fairway. She was last seen at Elmwood this season as The Girl in On Clover Road (the creepy one who poured a tank of gasoline on herself). Amelia is an Ithaca College film graduate and L.A.-bound aspiring actor and comedian from Pearl River, NY. Her favorite roles include Carrie in Carrie, Janet in Rocky Horror Picture Show, and Lola in Damn Yankees.  Training: Ithaca College, Upright Citizens Brigade. 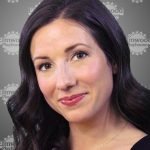