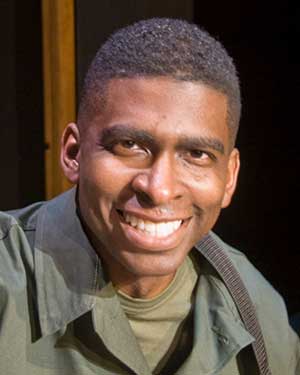 is actually a former soldier.  This West Point graduate played Homeless Joe in the off-off-Broadway musical, Birdseed.  He also played Roy Calhoun in Hello, My Name is Trouble.  Dante plays the saxophone for his Church’s praise and worship team.  This saxophonist, bass guitarist, and lyricist is a songwriter for Sum of Squares Music and for Brown and Griffin.  His genres are country, Gospel, rock, blues, and comedy – you can find most of his music on YouTube.  Dante wants to do more acting and is hungry for diverse roles.  He sees the opportunity to play Private C. J. Memphis as a challenge to bring manhood and dignity to a fellow whose voice is often shushed by those who have “made it.” 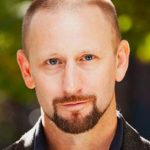 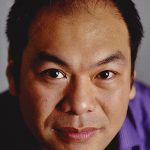