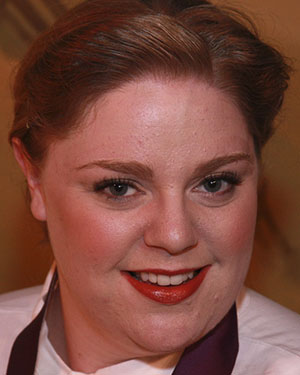 has been a member of The Rockland Shakespeare Company for the past eight seasons. Some productions with the RSC include Romeo and Juliet, Comedy of Errors, Titus Andronicus, A Midsummer Night’s Dream, and Much Ado about Nothing, but her favorite roles were Mistress Quickly in The Merry Wives of Windsor, and Second Weird Sister in this past season’s production of Macbeth. She performed with RCC’s Campus Players in Rumors, Lovers: Winners, and When Shakespeare’s Ladies Meet, and stage managed The Crucible, And Then There Were None, Vanities, Completely Hollywood, The Last Days of Judas Iscariot, and Footloose. Elizabeth performed as The Friar in Elmwood’s Much Ado About Nothin’ and, at Ramapo College, played the Widow/ Hostess in Taming of the Shrew and directed The Can Can and Call of the Revolution. She was previously seen in two shows produced by Secret Notebook Productions; When Dorothy Meets Alice and Hamlet, on which she also served as the fight choreographer and script supervisor. Elizabeth is an Advanced Actor Combatant with the Society of American Fight Directors, and has passed Skills Proficiency Tests in all eight weapon sets. 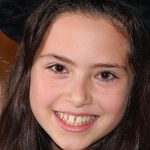 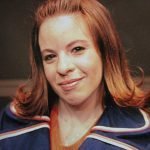