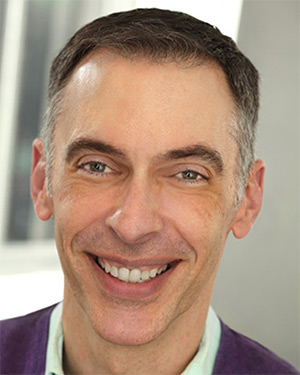 Mark is grateful to be debuting in Rockland with this wonderful director, cast and production team.  The range of stages he’s appeared on includes spaces in greater Boston (as Kenny Franks in the Abbott Memorial Theater’s DASH Award-nominated Laughter on the 23rd Floor, Rosen in The Woodsman, and Wayne in Tom Griffin’s Amateurs at the Concord Playhouse); the Syracuse area (Gudgeon in Cortland Repertory Company’s The Hollow); Bucks County (Huxley, Darwin in Malibu at the Langhorne Theater at Tyler State Park) and Philly (The Rose Tattoo at the Old Academy); to Jersey (William Russell in The Best Man at Old Library Theatre Company, Charles in Race at PGL) and New York (Billy in Postal Madness, Teatro LaTea NYC).  Mark has been seen on TV (most recently as Det. Frank Bishop on Investigation Discovery Channel’s The Killer Closer), on the big screens at the Drexel Film Festival, in a couple of national commercials, and in a variety of corporate films, tiny indies and industrials.  He’s been a newscaster and air personality on AM/FM and satellite, and he finds his list of previous lives is starting to get too lengthy to enumerate.   Like/follow Mark on IG @MarkAlanMason.