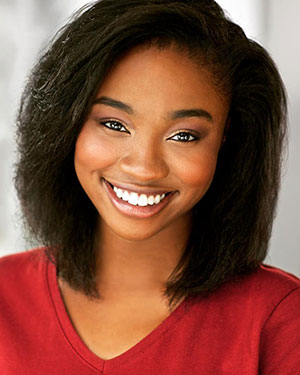 Sienna is a full-time actress, model and writer from Rockland County, NY. She’s currently represented by a top talent agency in New York City. Sienna has been featured in commercials and voiceovers for clients such as Nickelodeon, Dunkin Donuts, Fanta, McDonald’s, MTV, Air Jordan, and FYE featuring Ne-Yo. Additionally, she’s worked on shows like Blue Bloods, The Get Down and The Good Fight as well as movies such as Girl’s Trip, The Immortal Life of Henrietta Lacks starring Oprah Winfrey, and The Week Of starring Adam Sandler and Chris Rock, premiering on Netflix in 2018. She graduated from Long Island University Brooklyn in May 2017 as Valedictorian with her B.S. in Business Marketing and B.A. in Journalism.