The Public Domain Players of Elmwood Playhouse are pleased to present – as a FREE event – a Zoom reading of the play André by William Dunlap. It is the first tragedy written by an American playwright about an American topic, was first performed in 1798, and concerns the hanging of Major John André. The play, which is written in iambic pentameter verse, has local interest since it is set in Tappan, New York in 1780. It takes a sympathetic look at Major John André, who sought to die a soldier’s death, by being shot, instead of a death by hanging, which was the sentence imposed on common criminals.

The reading of the 90-minute play will be followed by a question-and-answer period moderated by Mary Cardenas, a local historian and museum director for the Orangetown Historical Museum & Archives, which has a permanent display on Major John André and his plot with Benedict Arnold at the Michael Salyer House at 213 Blue Hill Road in Pearl River. The Public Domain Players gratefully acknowledge the assistance of Ms. Cardenas and the Rockland County Historical Society, which helped us to both promote the reading and connected us with necessary resources to local history, including the referral to Ms. Cardenas. Although the reading will not be fully costumed, the Public Domain Players gratefully acknowledges Janet Fenton for her help in providing costumes to give a sense of the time period when the play takes place.

The reading of André has been coordinated by Derek Tarson, and the cast of André is:

Please join us to explore this little-known play about an important part of Rockland County history! 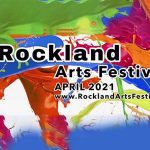 Attention Artists and Designers: Apply for the Rockland Arts FestivalNews 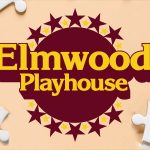